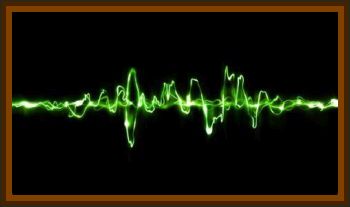 #1. I was in the fifth grade, age 10, was learning to play the Trombone and thought it to be neat to play Taps, outside, at night.

I had been doing it for weeks, maybe months, when in the middle of my playing I heard a shrill, high pitched sound with a slight warble, a fast warble, that scared the s*#! out of me. I was absolutely petrified, and couldn't even move.

After what seemed like minutes, which was probably only a few seconds, I forced my body to move, first with one foot, then the other, to open the house door and once inside, made a streak to the living room where my sister and mother were located.

They knew from the white complexion and big eyes that I was not joking. At the time, they did not truly believe that what I was telling them was a fact, or just a little boy hearing noises. They suggested that one of our 3 dogs was howling at my Trombone escapades. Even at the age of 10 years I'd heard many a dog howl, That noise wasn't even close in sound to a dog's howl. The sheer intensity, evenness and consistency of that sound was not a dog.

After a short time, my mother and sister persuaded me to go back outside with them. Even to this day, I know they think they knew better than the kid.

However, they do realize and admit that I was scared to the point of looking like a ghost. That little incident was enough to curtail my evening Taps playing.

We were living about 5 miles north of Terrebonne, OR, a rural farming community in central Oregon. The time was about 8:00 p.m. It was sometime in October and Dad was gone from home, elk hunting.