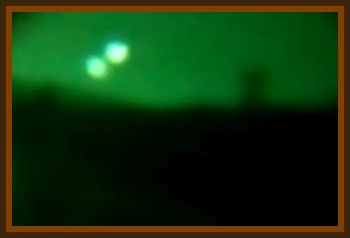 An old church in Richmond Hill on Leslie St. near 16th Avenue was boarded up a few years ago.

A red ball of light floating around in the church's basement has been observed by several people.

The light appears from the southwest heading northeast looking like the white headlight of a motorcycle bobbing and weaving over broken terrain.

After about a minute, it disappears but not before you see a flash of what looks a red tail light.

Local legend claims that motorcycle rider had wiped out there and died. Now his ghost supposedly rides his ghostly motorcycle there at night.

But there are some observations that do not support the theory of a ghostly motorcyclist.

First, remember the area was known for Devil Lights as long ago as the 1850's. No cars or motorcyclists existed back then.

The light itself is pure white and does not throw a beam. No matter what the weather, fog, rain or snow, the mysterious light appears in the same spot and at the same time.

It also has been noticed that it is visible from the North.

A photograph of the light that appeared in the Oshawa Times in the summer of 1982 showed what looked amazing like a small perfect white hole.

Another photo that was taken appears to show a blob of light that vaguely resembled a human.

There have been many attempts to explain the light such as that of cars on nearby roads, or that of a ghost on a phantom motorcycle but the Scugog Light remains a mystery.