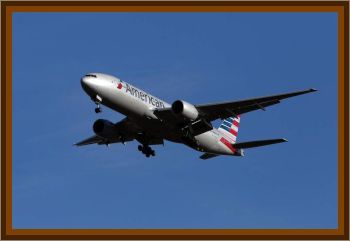 The Federal Aviation Administration has released radio traffic from two commercial pilots, including the pilot of an American Airlines flight, who reported an unidentified flying object over southern Arizona.

One pilot, who was flying a Learjet for Phoenix Air Group on February 24, reported seeing a possible UFO pass his plane.

Was anybody, uh, above us that passed us like 30 seconds ago? the pilot said, according to an audio recording released by the FAA.

Okay, the pilot responded. Something did.

The air traffic controller then radioed American Airlines Flight 1095, which was nearby, to ask the pilot to report if anything passed over the plane here in the next 15 miles. The object was reportedly flying at about 37,000'.

The Learjet pilot chimed in to say, I don’t know what it was, it wasn’t an airplane but it was, the path was going in the opposite direction.

The American Airlines pilot then radioed the air traffic controller about a minute later to report a strange sighting.

Yeah, something just passed over us, like a, I don’t know what it was, he said. But it was at least two, three thousand feet above us. Yeah, it passed right over the top of us.

Asked if he could tell if the object was moving or just hovering, the pilot said he couldn’t really tell.

It was just really beaming light or could have had a big reflection and was several thousand feet above us going opposite direction, he said.

Lynn Lunsford, a spokesperson for the FAA, told the Phoenix New Times the air traffic controller was not able to confirm that another aircraft was flying in the same area, but suggested that the object could have come from elsewhere.

We have a close working relationship with a number of agencies and safely handle military aircraft and civilian aircraft of all types in that area every day, including high-altitude weather balloons, Lunsford said.