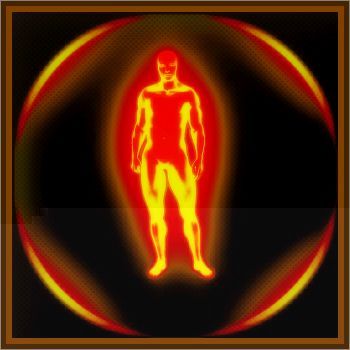 Two days after he opened the bureau in Coventry in September, and he began to collect information about UFOs, the unusual phone calls started. the speaker seemed extremely knowledgeable about the UFO subject, and asked very searching questions. What was most bizarre was the fact that the caller spoke perfect textbook English without any slang or everyday words.

He said the incidents started at the beginning of October.

While repairing a car at the back of his Mother's house one evening alone. He noticed a man standing by the next door garage. Nobody had been there before. His face was glowing orange and as I watched, the face changed to that of an old man before my eyes. The entity, after noticing Brian, turned and walked away. You could not describe the first face in normal terms. It had eyes, nose, and mouth in the proper places, but not of the shape that we associate with the human figure.

Soon after Brian began to experience problems with his telephone, and other problems..

Every time I tried to speak to someone on this subject, the phone went dead. The lights in the house suddenly dimmed. Normally this would happen occasionally, but it kept happening after opening his bureau, this is most unusual.

The light fluctuations also occured at homes he was doing investigations at.

Since he gave up UFO investigations, and destroyed all of his papers, he no longer has trouble with the phone or house lighting. There were events occuring that have worried him, and frightened his wife.

He wants to publicly warn that this is nothing to dabble in lightly.