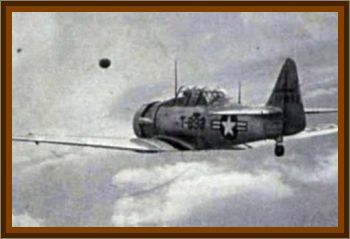 A few years before Kenneth Arnold had his historic sighting of unknown flying objects that would be coined flying saucers by a news reporter in 1947, another phenomena was still mystifying researchers. During the fire of WWII battles in the sky, American and German pilots were experiencing the foo-fighters.

These strange flying blobs of light became a much feared element of American, German, and British pilots, as they would appear without warning, and often times complicate an already difficult situation. Even attempts by some U.S. pilots to ram them were in vain, as they flew right through them as if they were simply a mirage.

Varied theories were offered as to what these small, strange, flying objects were. Ironically, all of the pilots felt that the foo fighters were a secret product of the other side, either a type of radar reflection device or some other secret weapon with the ability to take out an enemy plane.

Even with the evidence that we have, there is not one documented case of any plane being damaged by one of the foo fighters, although there were reports of pilots scrapping a mission because of them. The foo fighter term itself is an enigma, being attributed to several different sources, but probably initiated with a comic strip called Smokey Stover, who was a fire fighter, and often said, Where there's foo there's fire. Foo was a French word for fire, or feuer, the German word for the same.

One interesting point to note, the Robertson Panel listed several foo fighter incidents in their investigations, but also stated the at least some of them were a metallic, disk shaped object. Simply put, this means that some of the reports by the Allied pilots were referring to what would be later called UFOs.

As with any mystery, there would be numerous and varied explanations offered to explain the phenomena.

An electrical discharge from the wings of the planes caused the sightings.

A rare type of ball lighting.

These theories are as good as any, but still fall short of explaining the mystery. There have been sightings of the so-called foo fighters throughout history, and in many ways they are very similar to the modern day reports of orbs. These strange balls of white light have been captured by many photographers and videographers around the world, but we have moved no closer to a solution. For now, the mystery of the foo fighters remains unsolved.