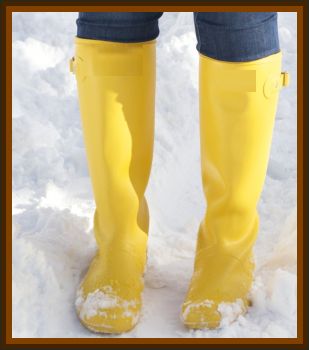 I live in Mingo County. I was 18 when this happened to me.

Since this was our Senior year in 1999, my friends and I decided while off on Christmas break we would go sledding since we had 7" of snow.

We bundled up and walked to the end of our holler. We all lived in the same holler. I always loved snow and having fun.

Kim, Sarah, Mary, John, Lee and I went up the hill. Kim and I got on my new red sled. We took off first with Mary and John behind us and Sarah and Lee behind them. We hit a stump and sailed into the air and landed almost in the creek. I was shaken up, the sled was on me, and I had to push it off. I didn’t see Kim anywhere.

I started calling her name. I saw that she was hurt and laying next to the creek. She grunted and I noticed her leg was bleeding. I started shouting for the rest of my friends. I tried picking her up and I saw yellow boots next to her body.

I looked up to see a red headed girl wearing a yellow snowsuit.

I’ll get help, she said.

The next thing I knew, she was gone. My friends came over all worried. John scooped her up.

Did you see her? I asked.

That girl, I said.

We all started walking toward the road when John’s dad in his 4 wheel drive Ford truck pulled up.

That girl came and told me. Mr. Messer said.

What girl? I asked.

Your friend with the red hair wearing the yellow boots. He replied.

We never did see that girl again. We didn’t know who she was until I attended Southern College and my new friend Emilee Watts was at her house working on a project and I used the bathroom and low and behold I saw a picture of that red headed girl wearing those yellow boots.

I immediately asked her about the girl.

Here is what she said:

That’s my sister, I was 5 when she went missing. We never found her body. She might be alive. Her name was Rachel. I like to believe she’s alive.

How old would she be? I asked.

I knew that she had to been a ghost cause she was our age.

I was spooked out. I didn’t tell her the story. I figured I’d let her believe Rachel ran away with some boy.