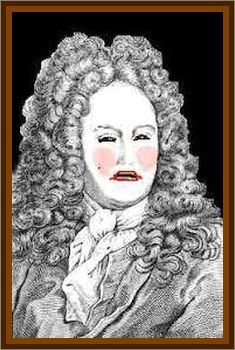 There stands a Victorian house in Bidston on the Wirral in north-west England, which was once the scene of a disturbing supernatural incident that allegedly occurred in 1920.

The house was bought by two sisters who had been left a substantial legacy in 1919, and their names were Victoria and Margaret Webster. Margaret was 19 and Victoria was 24, and they originally came from Neston, but heard about the beautiful terraced house in Bidston after the death of their father, a wealthy shipping magnate who left his daughters thousands of pounds. Mrs Webster had died after giving birth to Margaret in 1901.

The sisters soon settled into their new home, and found the neighbours quite agreeable enough. Both sisters were said to be very good looking, and naturally attracted the attention of the males in their new neighborhood.

One night early in December 1920, Victoria, the older sister, went out on the town with a local government clerk named William. She'd been seeing him for three months, and he really loved her already. Victoria's teenage sister Margaret stayed at home and read a book.

Around midnight, Victoria still hadn't returned, so Margaret went to bed, where she continued to read her book by the light of a candle. She started to doze off, when she thought she heard a noise downstairs. Margaret got up and went to the landing, then shouted down the stairs, Is that you Victoria?

But Margaret saw the shadow of a figure flit across the bottom flight of steps and heard a faint chuckle. Margaret thought it was William, Victoria's fiancé, messing about with her sister. Margaret liked William. He made her laugh the way he fooled about, so she went downstairs, carrying the candle, expecting to see William staging some prank. Margaret reached the bottom flight of steps and saw the flickering flames of the coal fire, still burning in the grate. Margaret had forgotten to put the safety guard around the fire, and as she walked to the parlour, she noticed a figure standing in the shadows of the hall to her left.

She turned, and saw a strange looking man standing there. He wore a long curly white wig like the one worn by a judge, and a long embroided satin coat with large turned up sleeves, just like the coats worn in the 18th century. Beneath this, the stranger wore a silvery waistcoat, and instead of trousers, he had on outdated breeches to his knees. On the lower parts of his legs, the man wore white stockings and on his feet he sported square toed shoes with shiny brass buckles on them.

What really gave young Margaret the creeps was the intruder's face, which was plastered in white make up. He looked at the terrified girl with an evil expression, then rushed towards her. Margaret dropped the candlestick and ran into the parlur. She closed the door behind her and leaned against it with her heart pounding. The intruder started to steadily force the door open, then backed up and charged at it, throwing Margaret across the room with the impact. The stranger then started to chase the terrified teenager around the table, and she was so traumatised, she found herself unable to scream. Her throat seemed weak with terror. The eerie man suddenly stopped chasing, and in a weird accent, he said: Now my pretty one, stay still, for I must have you. And he jumped onto the table with amazing agility, then leapt onto the girl. She fell to the floor by the fire, and he started to molest her. He tore at her dress and violently kissed and bit at her neck and breasts. The girl felt powerless, then suddenly saw the hot poker in the grate.

She grabbed it with her left hand, and pushed it into the attacker's face. He let out a scream, then clawed Margaret's face. The girl retaliated by clubbing him on the head with the poker. What's more, Margaret suddenly regained the power to shout out, and she let out a scream that sent her weird attacker running from the room. Margaret got to her feet and heard the attacker's footsteps running down the stairs to the cellar. The girl ran into the street in a dreadful state, and Victoria and William came running to her aid. Several neighbours also came out to see what all the screams were about.

Margaret screamed that the assailant had ran into the cellar, but when William went down to look he found the cellar empty.

William and Victoria thought the tale of the 18th century attacker was a bit far fetched, and virtually accused Margaret of having an overactive imagination. Because she was unable to explain the love-bites on Margaret's neck and chest and the scratch marks on her face, Victoria theorised that Margaret had been canoodling with some local boy who had fled upon hearing that the older sister would soon be home. But Margaret stuck by her story, and weeks later, Victoria and William also saw the outdated man in the powdered wig peering out of the parlour window one Sunday morning when the couple were returning from church.

Around this time, sisters learned from their neighbors, that the previous occupiers who had lived in their home had left after saying the house was haunted. The family who had lived in the Websters house had said that in the wee small hours, the sinister apparition of a old fashioned looking man often appeared in the bedroom of their daughter with a lecherous look.

In the winter of 1922, a water pipe burst in the Webster sisters house, and workmen were called in. While these workmen were digging to get to the pipe, which ran under the cellar, they unearthed an unmarked red mahogany coffin. When this coffin was opened by the authorities, it revealed the skeleton of a man wearing a long white curly wig, and tattered early 18th century clothes. These clothes and the wig matched the same wig and clothes as those worn by the sinister intruder who had recently attacked Margaret Webster. Local historians later deduced that the skeleton was that of Richard Tilly, a notorious, but wealthy 18th century rake and Satan worshipper. Tilly was charged with sorcery, sacrilege, blackmail, rape, and even a ritual murder, but had bribed the magistrate and escaped sentencing by promising to live in obscurity.

It was thought that the Satanist had been secretly buried on the site of the Webster sisters' house around the year 1730. In Tilly's coffin there was a crumbling book entitled Lucifer's Bible, and on the front page there was the sign of an upside down pentagram, the symbol of a Satanist. The text on the pages was too faded to read, but probably contained references to Satanism and black magical practices.

Understandably, the Webster sisters soon left the house and moved to North Wales. Tilly's coffin was not allowed to be buried in a Christian churchyard, and is thought to have been reburied near Bidston Hill.