It Followed Us To New Home 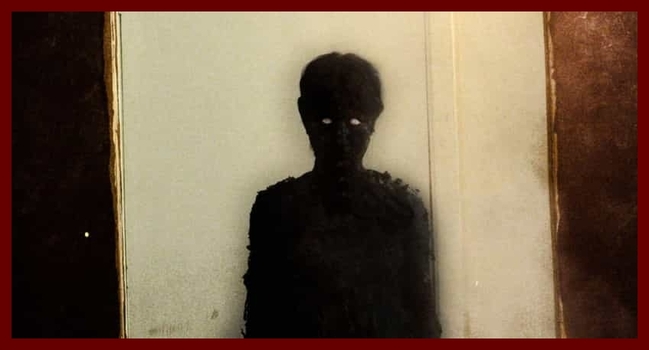 One day, I got out of work early. I had just arrived home, and decided to put on my headphones, relax, and take a long walk near our pond out in the backyard before it was time to pick up our kids from school. I was the only one home at the time, and I was standing near our pond, just listening to my music. I was gazing at the water and happened to glance up. When I did, I saw what looked like a person walk behind the poles that held up our fence near our barn. These poles could not have been more than 6” in diameter, there is no way someone could disappear behind them, But that is exactly what happened.

This figure was extremely dark. There was no color at all, I knew it then that it was a shadow figure. I had never seen one before, but, even though, this was my first and only experience with such a creature, I had no doubt that’s what it was. It was walking towards the barn, and just vanished behind the pole. I quickly stood up and walked back towards the house, never once taking my eyes off that pole. As I got closer to the house, I could see the pole from a different angle, and still there was nothing. No way could someone have strolled behind there and just disappear!

I ran into the house, grabbed my keys and quickly ran back to my car, and decided I wasn't going home till I was sure someone else would be there. The farm being mentioned was built by my father in laws grandfather. So, the entire area was inherited several times. I sometimes wonder if this might have been a family member just keeping an eye on things.

My father in law had passed away a few months before, his mom also passed on, just 3 years before. I never witnessed this again. We moved about a year afterwards, and bought a new home. In this new home, my children also noticed the same type of figure in our hallway. They had both seen it at the same time. They described the same type of being that I saw: What looked like a man with some type of brim looking hat. But, I also noticed what looked like a long coat. In both cases, completely void of any light.

Since then, I have been very interested in Shadow Beings, and wonder what exactly they could be.

On the popular TV show, Ghost Hunters, on Sci-Fi, Jason & Grant have come across what they believed to be shadow beings, and they describe them possibly being an entity that doesn’t have enough energy to fully manifest. I personally like this idea, because it doesn’t feel quite so mysterious, and scary. I know I would be relieved to know it was just someone who has passed over, and was just coming by for a visit.

Whatever it was, it didn’t harm us, or seem to be interested in doing so They also seemed to vanish as quickly as we realized they were there. I don’t believe the ones we saw were anything to be concerned about.