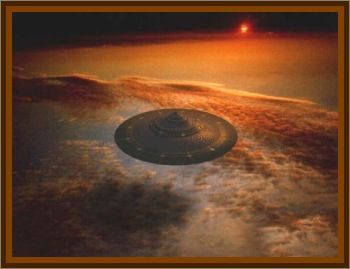 The anonymous witness was returning home after visiting his girlfriend. He was riding a small horse that moved slowly on a deserted path. As he approached an area known as Ombues he noticed 2 entities standing on the side of the road. He noticed that both wore something resembling a blue coverall. Behind them, on a field behind a barbwire fence he could see a machine almost square in shape, and totally dark, resting on the ground. One of the entities, using friendly gestures and without introducing himself approached him and invited him to go for a ride.

The animal abruptly stopped as if receiving an imperative order to halt. At the same time he felt a strange sensation of cooperation and felt he should do what he was told. He told the entities that he would go with them as long as he was returned early since he had to do many things in the morning. He dismounted from the horse and tied him against one of the poles on the barbwire, he then proceeded to follow the entities to the object.

Before going inside the object, one of the entities told him, We will demonstrate to you that up there, there are more things than simple sky. Once inside the craft he could see what appeared to be a command console replete with what appeared to be levers. On the sides of the craft and a bit inclined he could see several windows and could see outside. He was told not to be afraid and to stand on a corner. The small object emitted a dull humming sound and lifted off flying towards the nearest town. Once they were flying over the town, one of the entities asked him, What is that place, and what is the name of it? He told them that it was a town called Segui. He could clearly see the lights in the houses and was surprised that he could see everything below him very clearly despite being late at night.

Soon the craft rose further higher until they came upon a huge illuminated mother ship. Here is where we live, one of them told him. At the door inside the larger craft waited a 3rd individual dressed in the same way as the other two. He further described the men as of normal height, with very low crew cut hair. He was invited inside the larger craft, once in the presence of the 3rd individual he felt that this one was somewhat miffed at his presence. He asked the other 2 men why had they brought him with them, their answer was, This is what we found. To which the third individual replied, Haven't you noticed that this individual is of a very low intelligence level? This man appeared to be the leader and turning to he spoke to him in a very pleasant tone telling him that he would not be hurt, that they had come in peace. That they hailed from a very distant place where humanity had apparently originated. They had come in order to obtain food, which was apparently scarce in their home. He again reiterated not to be afraid that they had no hostile intentions and that in a period of 5 years they were going to conduct mass landings and contacts. He also mentioned one other curious fact, that before this could occur, the small ones would come first, tell the rest of the world that we come in peace and we will return.

The stunned witness heard all this without asking any questions and without speaking a word. Before leaving the large ship he overheard the apparent leader telling the other men to make him forget most of the encounter, something that apparently occurred. He was returned to the same path where he found his horse tied up and patiently waiting for him. In the sunflower field where the small object had rested, a 35' circle of smashed plants was found.