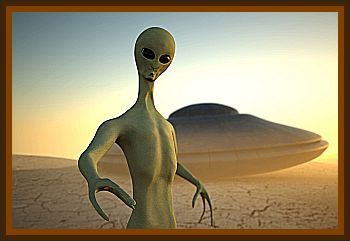 If you ever run into Fran Drescher, be careful what you say in her presence, they might be listening.

The 'they' to whom we refer are aliens, the ones Drescher says abducted her and implanted a chip into her hand.

The screen personality, said that, in her teenage years, she was abducted by aliens. And she was not alone:

Drescher says her ex-husband, was also abducted by other world beings.

You know, it’s funny, because we both saw aliens before we knew each other, doing the same thing, driving on the road with our dads, Drescher mentioned, in all seriousness.

We were both in junior high. A few years later, we met, and we realized that we had the same experience. I think that somehow we were programmed to meet, Drescher says. We both have this scar. It’s the exact same scar on the exact same spot.

Fran continued that her ex wasn’t totally convinced her joint alien experience theory was correct, and that he thinks she got a scar on her hand from a drill bit or a hot cup of water. She begs to differ.

I said to him:

That’s what the aliens programmed us to think. But really, that’s where the chip is.