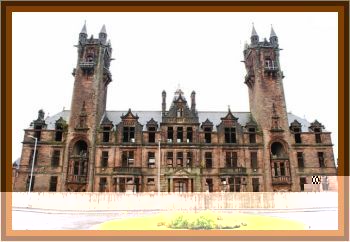 A few years back, prior to sworn LEO, I worked as a security guard at a hospital. Sounds cool, and it was, except for the fact it was 9:00 p.m. to 7:00 a.m., I worked alone, and the hospital I guarded was abandoned.

I was always a graveyard shift kind of person. I don't get night jitters or scare easily. But this place could do it to the best of 'em. Every night I would walk, or ride a wheelchair, through the halls that were supposed to be empty/unused. Every night I would end up having to close doors and re-lock them. I would walk one floor, move up to the next, and continue on.

I got a little shaky when an hour after already walking a hallway, I would have to turn off the same hall lights and close the same doors again in the building. Or when I would be walking a hall and then I would hear footsteps on the floor above me, doors opening and closing, elevators moving from floor to floor, phones ringing, nurse call lights going on, etc.

There were only three times I got the: I hate this crap feeling. First time I was checking offices on the 4th floor. There was a light on in a locked hallway. This hallway hadn't been renovated since the place was built, short of electricity, so everything was from the 1920's. Unlock the door, flip the lights, walk out, re-lock the door, and turn to leave. Behind me I hear the flip of a light switch. Through the frosted glass I see the lights went back on. I left the hallway alone that night.

Second time was riding an elevator between floors. I was taking the elevator to the top floor, when at about 4th of 5th floors, I hear laughing and muffled talking. It kept getting louder as I got higher. Elevator makes it to 5th, doors swing open, and absolute silence. Of course, every light on the floor was on, even in the patient rooms. I checked high and low, not a single living and breathing person in that place except for me.

Third, and worst of all, was just an average night. I'm on the lower level locking a door in a corridor. The door had a glass middle but on the backside it was covered by white tape. The room it led to it was dark and the hallway a few feet behind me was partially lit, so the glass acted like a perfect mirror. Everything normal, key in, lock clicks, turning the key. When behind me I see the full outline of a person walk past me in the hallway. Clear as day, just a full shadow of a person walk past. I froze only for about a second, and then ran into the hall after the supposed person. No one, just silence.