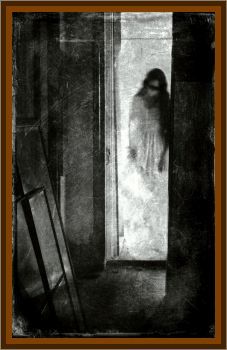 While visiting Savannah, Georgia, my wife & I decided to take a Ghost Tour Walk at 9:00 p.m. My Mother was along, but stayed at the hotel. We got to Reynolds Square, where the John Wesley statue is and the tour group was meeting. We were about an hour early, so we decided to have a drink at a nearby basement bar. After the drink, we went to the restrooms in the hallway of the bar. When my wife left the womens room that was farther down the hallway from the mens room, she waited for me near the bathroom door in the hallway.

I was on the throne when the door started rattling and shaking. I think I said something like I'll be right out. Even after saying that, the doorknob rattled a little more. When I came out of the mens room, I asked my wife who was trying to get in there. She said she had been in the hallway almost 10 minutes, and there was no one that came or went from either restroom. We thought no more about it until later that night, while on the ghost tour. The tour guide pointed out the building with the basement bar and said a ghost lived in the basement. No one on the tour knew we had been in the bar before we went on the Ghost Tour Walk!