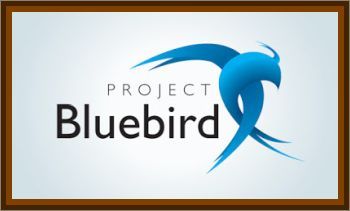 Bluebird is the cryptonym for a CIA mind control program that ran from 1951 to 1953. Other mind control programs include ARTICHOKE, MKULTRA, and MKSEARCH. The purpose of the book Bluebird is to prove that the military and the CIA have been creating Manchurian Candidates for operational use since the second world war. This fact is described repeatedly by G.H. Estabrooks and in CIA documents on Bluebird and ARTICHOKE obtained through the Freedom of Information Act.

The Appendices to Bluebird provide full proof of the fact that the Manchurian Candidate is real, and has been created by the CIA and military. The documented mind control research includes putting brain electrodes in children as young as 11 years old and controlling their behavior from remote transmitters, giving 150 mcg of LSD per day to children age 7-11 for weeks and months at a time; building safe houses where CIA personnel watched prostitutes turn tricks with customers, the prostitutes gave their customers LSD without the customers' knowledge, wiping out memories with electric shock, and using animals with implanted brain electrodes as delivery systems for chemical and biological weapons.

A complete listing of MKULTRA Subprojects, correspondence between Estabrooks and J. Edgar Hoover and other documents will be included in the Appendices to Bluebird.