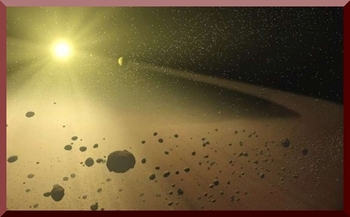 A popular way to look for planets these days is to measure the amount of light a star is giving off. When a planet passes in front of its host star, it will cause a small, but detectable, drop in brightness. And by measuring the frequency of these dips, plus the size, it's possible to determine much about the nature of the planet, like if it is potentially habitable and thus home to alien life. Sometimes, however, the telescopes doing the observing see things that are harder to explain.

KIC 8462852 is a star in the Cygnus constellation approximately 1400 light years away from Earth, slightly brighter than the Sun. Unlike a star with a planet in orbit, this star displayed brightness dips of up to 20%, and they definitely weren't regular. One explanation was a cloud of comet fragments that found their way into a tight orbit around the star, but another theory proposes something a lot more concerning.

In 1960, physicist Freeman Dyson proposed a theory that an intelligent alien civilization might grow to a point where it required more energy than could be generated on a single planet. He theorised that such an advanced civilization might be able to construct a massive orbiting structure called a Dyson Sphere, that would be able to capture a significant proportion of the solar energy of a system's star and make it available to the population. Such a megastructure would capture most of the visible light of the star, but would still emit some infrared radiation, and would therefore be identifiable.

A variation of this theory, known as a Dyson Swarm, has been proposed as an explanation for what's happening around KIC 8462852. In this scenario, the civilization is building a swarm of orbiting satellites to achieve a similar goal to the sphere, but without the complications of trying to actually build a ball around a star.

Any civilization that is capable of building even a Dyson Swarm would be so far ahead of us technologically, we can't even imagine what they are capable of. And while NASA has found no evidence of radio emissions coming from that part of the sky, if they are capable of constructing Dyson Swarms, they have probably found a quicker way to communicate over large distances than electromagnetic radiation, not to mention quick ways to eradicate inferior galactic neighbors.